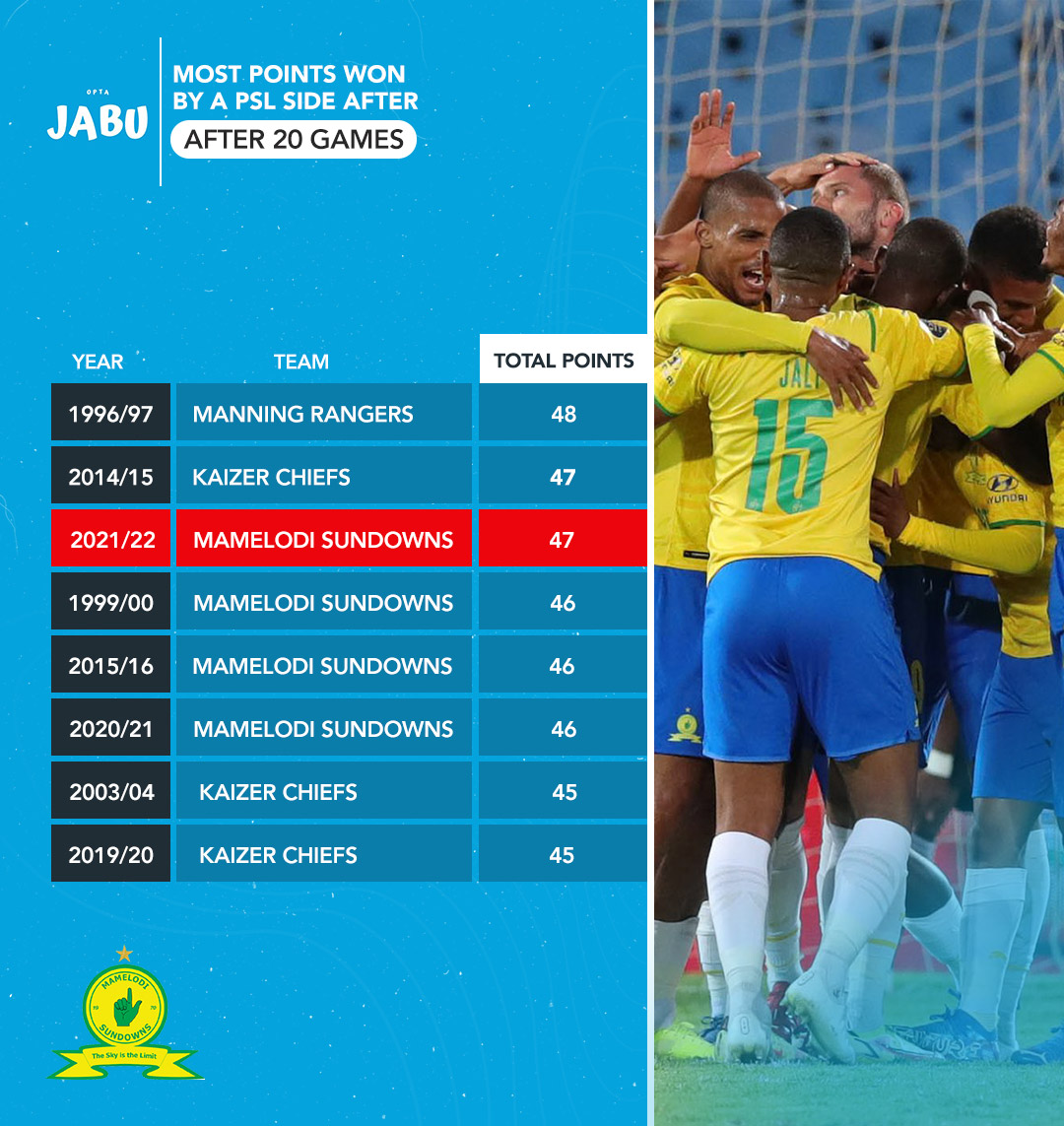 Sundowns strolled to a 2-0 win over Chippa last night, in the first league game of the year. Here are 5 stats on that game!!

18 – Chippa remain winless against Sundowns ever since they were first promoted in 2012 (D7 L11 in 18 attempts), the longest any top-flight team has gone before winning a league game against Sundowns.

They are also yet to win against TTM, Royal AM and Swallows FC, but those are newer sides. Chippa have won more games against AmaZulu than any other side (7).

1 – Sundowns have lost the first league match of a new year just once in the last eight years (W5 D1, L1).

Their only defeat in that time when starting a new year was 3-2 to Polokwane City in 2018.

47 – Downs have collected 47 points from 20 league games, their best total at this stage of a PSL season.

12 – Teboho Mokoena scored his 1st goal for Sundowns, becoming the 12th different player to score for The Brazilians this season.

No team has more different scores (Arrows & Royal AM also 12).

3 – Teboho Mokoena was scoring his 5th goal of the season (4 for Supersport, 1 for Sundowns). All of his last three goals have come from outside the box.