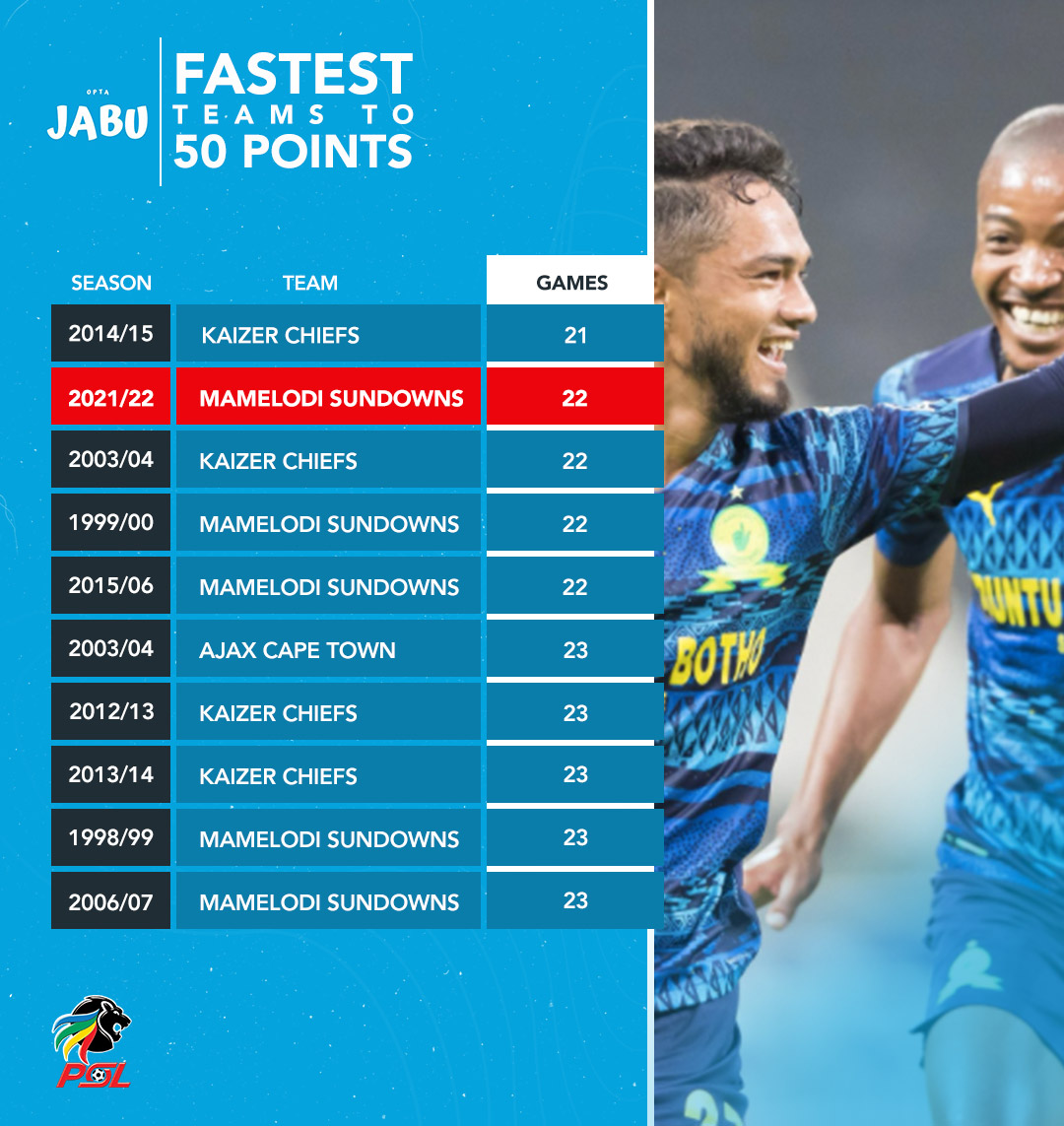 Sundowns beat TS Galaxy 3-0 on Wednesday night, as they marched closer to yet another title. In doing so, they went past the 50 point mark, becoming the first side to do so this season. Here are 5 stats from the midweek games

6 – Only once before in PSL history have Orlando Pirates been involved in more 0-0 draws in a single season than the six they have in this campaign (9 in 2009/10). The last time they had three successive goalless home draws was 2017.

AmaZulu & Stellenbosch were involved in a 2-2 draw for the second time this season (the reverse leg also ended 2-2). It is only the 13th time in PSL history that both legs of a top-flight fixture end as 2-2 draws.